Interesting things can happen when I channel surf. The heavy snow kept me indoors last Friday. Therefore, I took a break from my writing and turned on my television in the afternoon. That is something I rarely do. Seeing no good movies on for a wintry day, I turned to public television and was surprised to see Senator Rand Paul on the Dr. Oz show. Too interesting not to watch, I thought. Not only is Rand Paul a senator from my home state, he is also running for the Presidential nomination on the Republican ticket. After watching the interview and then hearing Dr. Oz extend an invitation to anyone running for President to come be interviewed on his show, I understood and found myself supporting this idea.
Why would I think a Presidential candidate get afternoon time on a medical show? The reason made perfect sense to me. Since President Obama instituted the Affordable Health Care Act known as Obama care that included the individual mandate forcing private citizens to carry health insurance in response to the concern over “health care” in our country, anyone running for President should have a forum where he/she can take a stance on what each believes needs to be done regarding the health care crisis in this country. None of the monitors of the series of Presidential debates have posed these questions. Someone needs to do it.
This crisis will not be solved by providing “sick care;” it will only be addressed if the government finds a way to help people address the health care issues of this country that are creating such a burden on the American taxpayer – prevention rather than intervention. There are three concerns as I see it and only one of these was addressed to my satisfaction in the interview – obesity, drug addiction (legal and illegal) and dirty air and water. The one that was discussed in length was drug addiction.
When asked about this, Senator Paul said that drug addiction was a health care problem not a criminal problem and I have to agree with that. I do, however, believe that all the areas of drug addiction (both legal and illegal) should be addressed. If this is done, another concern about the corruption in the pharmaceutical industry will be addressed as well. Senator Paul also talked about dealing with pre-existing conditions as one of the facets of Obama care that he saw as beneficial. I was disappointed that Dr. Oz did not take a more proactive stance about changing the health care law to do more with changing lifestyles to deal with the biggest problem facing our country today – obesity. Cigarette smoking still contributes to lung and heart disease but it is slowly being replaced by obesity and a sedentary life style. I would have liked to hear what Senator Paul thought about how the current health care law provides measures for this problem. The other problem that was not addressed was dirty air and water.
The current crisis in Flint, Michigan should help people in this country understand the dangers that exist to our health from air and water pollution. Any health care law that doesn’t address clean air and water is no more than a stop gap measure and blaming one governor in Michigan without thinking about the dangers that are present in our own water and air is not going to be effective in solving the problem. I see toxic cigarette butts filling our drain systems everyday. Any legal actions to promote better public health need to begin here where the diseases are prevented in the first place. And since this is my blog, I believe these should begin at the local level. However, until this can occur and so long as the federal government is going to legislate my health care, I applaud Dr. Oz’s invitation to all those running for President to answer these questions the media refuses to ask.
Posted by Brenda Sue at 12:09 PM No comments:

Renee Villatoro’s family roots go so deep she is like a stately old growth tree that stands majestically on the banks of the Ohio withstanding the strong currents and raging flood waters that have shaped and reshaped the history of the historic Portland Neighborhood in Louisville. Before the Europeans came, her Native American ancestors – the Cherokee and Blackfoot – hunted and gathered in virgin forests so rich in natural resources that the area was set aside as a game preserve and closed to settlement. Her great-great-great paternal uncle was a steamboat captain who owned the Lockhart House near the falls of the Ohio.
Renee’s maternal ancestors were Irish Catholics who immigrated to the area near the end of the 19th Century and worked in the development of the Church of Our Lady, now Good Shepherd. Her great grandmother and Grandmother Nancy Bailey Criswell were active in the church until their deaths. Renee’s father, Bobby Hert, now deceased, worked as an iron worker building the bridges that span the Ohio River and Renee’s uncles are still active in the profession. Renee’s paternal grandfather, Jack Criswell, was an entrepreneur who grew up in Portland and operated Criswell Upholstery serving Portland and Southern Indiana for over 30 years until his untimely death in 2009. Renee’s mother, Jackie Butts, lives in Portland with her husband Gary Butts and is in banking, managing one of the L & N Credit Unions in the area.
Renee is a life-long resident of Portland and carries on the traditions of hard-working entrepreneurs devoted to church, family and community. Renee has also carried on the traditions of ethnic diversity in her family through her marriage to a Honduran immigrant, Ramon Villatoro, who has lived in Portland for 4 years and now qualifies for citizenship. The couple has two lovely bilingual children, Jocelyn and Jacob, three and one-half and one and one-half respectively.
When Renee was in high school at Portland Christian School, she began making mission trips into Mexico and learned very quickly what true poverty and hardship meant. Those trips inspired her to pursue a degree in International Studies from IUS, (Indiana University Southeast) in 2009. During the course of her studies, Renee spent two semesters studying abroad through Murray State and Campbellsville Universities. Fluent in Spanish, Renee is a certified interpreter for the state of Kentucky.
In addition to the above Renee owns five shotgun houses that she has restored with financial help from her mother, the remodeling expertise of her recently deceased Uncle Jamey and her husband Ramon’s concrete talent. “I bought my first house when I was 19. I rent four houses to those people whose lives are in chaos at present and need an affordable place to live. Eventually, I want to make one house a place where volunteers who come into Portland to serve can live for a nominal fee while they are here. Ramon and I also operate Villtoroconcrete.com. The company hires quality concrete workers with the idea of providing low cost concrete work to the people of Portland. Sometimes, we do the work as a donation to the church community here.” These activities might be enough for some people, but Renee seems to have boundless energy and has recently started another enterprise.

Renee now uses the commercial kitchen at The Table to create fabulous desserts for the restaurant’s popular lunch menu as well as creations for her new business sweetlouiseville.com. “This is an endeavor to work with single moms to provide affordable sweet treats and party favors for all the important celebrations (birthday parties, weddings, etc.) in their lives.” The company is named for a lady named Louise who made candies and treats for the children when Renee’s mother and Aunt Jill,
as well as Renee, were growing up. “I want my children to have that experience also,” said Renee.
As if all the above were not enough, Renee’s newest adventure involves the teaching of Spanish at the recently opened Love House at the corner of 26th and Alford. “The classes will be provided on donations based on a person’s ability to pay.” Renee especially wants to work with teenagers because her long range goal is to sponsor mission trips into Mexico and Central America so that teenagers living in Portland can understand what true poverty and dangerous living really look like. “Our young people don’t have the experience of travel like adolescents from more affluent communities and this is a way for them to mature and broaden their perspective beyond the limited confines of our neighborhood.”  Renee Michelle Villatoro – deep roots building toward a Renaissance and revitalization by carrying on love of God, family and community, openness to ethnic diversity, entrepreneurship and hard work for a futuro brillante for all who live here now or come in the future. 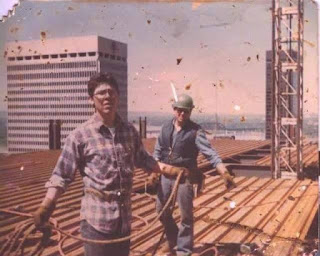 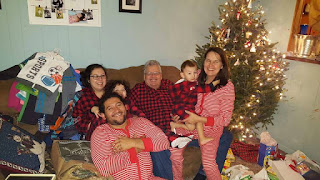 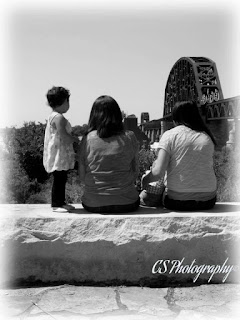 Posted by Brenda Sue at 9:16 AM No comments:

Posted by Brenda Sue at 7:46 AM No comments: